Theresa Larson is a doctor of physical therapy and the founder of Movement Rx. She has been a lieutenant in the Marines and also battled an eating disorder. She is the author of a new book entitled Warrior.

Theresa grew up in a single-parent household after her mother passed away when she was 10 years old. After her mother’s death, Theresa became shy outside of her family environment. To counteract this, she threw herself into sports such as basketball, softball, and cross country. She did well and gained local recognition. Though Theresa was feeding off this sense of accomplishment, she was very lonely. She put constant pressure on herself to be the best. The pressure continued to build as she went to Villanova University on a college scholarship and participated in ROTC. She felt the need to perform, be noticed, and serve as an example.

Theresa joined the Marines and was a new platoon leader at the age of 22. This was intense time filled with great responsibility. Though much was out of her control, she began to exercise control through her abuse of food. Theresa had developed bulimia. After all, Theresa had a mindset of perfection. She defined fitness as how she looked, how fast she ran, and how many pull-ups she could do. Eventually, she could no longer maintain this control and feared she may put one of her Marines in danger, so she reached out for help.

Today, Theresa appreciates what her body can do. She rarely weighs herself and does not compare herself to others. She believes that a true warrior is one who asks for help when he or she needs it. When Theresa took that step, she started to grow and change.

During a struggle, one is often reluctant to reach out for help, yet this is actually the strongest, bravest thing you can do. Theresa conquered her eating disorder and through the process learned that you do not have to go through life alone in your struggles. To connect with Theresa Larson or order her book, Warrior, visit www.drtheresalarson.com. 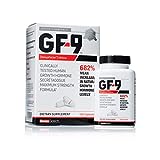 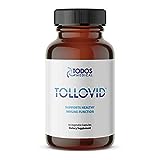 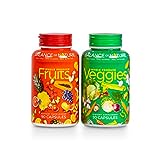 Balance of Nature Fruits and Veggies - 90 Fruit and 90 Veggie Supplement Capsules - 100% Whole Natural Food - Red and Green Superfood, Better Than A Multivitamin, Vegan, No Fillers or Extracts
$99.95
Buy on Amazon
SaleBestseller No. 5