11 Things you should know about macros

I asked members of the 40+ Fitness Podcast Group what topics I could cover and one of them was about macros (macronutrients).  Having a good general understanding of macros is important for maintaining good health and fitness.

11 things you should know about macros

1) Building block – This macro is something you must have in order to rebuild.  But this is not a “more of a good thing” is good macro.  You need to get just enough protein to allow your body to rebuild.
2) Essential amino acids – Amino acids are the building blocks of protein.  There are some amino acids that our body cannot make.  We must eat them to have what we need.
3) Complete proteins – A complete protein is one that has all of the amino acids.  An egg is often referred to as the perfect protein because it is a complete protein.  Vegetarians should be very diligent in their food choices to ensure the way they mix and match their protein sources gives them all of the amino acids.

4) Mono/Poly/Saturated – Saturated fat has been demonized and recent science seems to show this to be unfair.
5) Omega 3 / Omega 6 – When animals are permitted to live their lives the way they choose, their meat tends to have a 1 to 1 ration of omega 3 to omega 6.  This is a healthy ratio.  When animals are feed grains, their omega 6 goes up, breaking this ratio.  As a result, we are not getting enough omega 3.  Eating fish or taking fish or kreel oil can help you rebalance if you're not able to get grass fed and finished beef.
6) MCT – This is a medium chain triglyceride.  Your body cannot use MCT for anything but energy.
7) Bad fats and oils – Fats and oils can go rancid.  Make sure you're properly storing fats and oils to avoid this.  You should also be sure you're avoiding partially hydrogenated oil.  This man-made oil is very bad for us.

8) Simple carbs and sugar – These carbs are turned to blood sugar (glucose) very quickly.  Where there is more than you need, your body produces insulin to protect the brain from excess glucose.  It stores the glucose as body fat.
9) Soluble fiber – This fiber is digested very slowly.  It is also referred to as a slow carb.  These are good sources of energy and should be focus of your consumption of this macro.
10) Non-soluble fiber – This fiber cannot be used by your body so it just passes through you.  This can help you keep regular.
11) There are no essential carbs – While our body needs protein and oil, it does not need this macro.  Carbs can be part of a healthy diet, but they are not essential.

Something else from 40+ Fitness Podcast you may enjoy

Understanding macros is an important component to determining how you should be fueling your body. There are three core macros: protein, carbohydrates, and fat.

One gram of protein has four calories. Think of protein as the building blocks for muscles. If you don’t eat enough protein, your body will take muscle it believes you don’t need and apply it to other areas. Consuming excess protein is also not a good approach, as the excess can be stored as fat.

One gram of carboyhydrate also has four calories. For each gram consumed, the body will try to use those carbohydrates for energy. Simple carbs will be turned into blood sugar and used to fuel movement. However, if the body gets too much, it has no option but to store the excess as fat.

One gram of fat has nine calories. Fat is the first macro that your body will use for energy. This process forms ketones, which are also used for energy. So one gram of fat provides a great deal of energy, more so than that of the carbohydrates or protein.

A high fat, low carbohydrate perspective is popular because fat cannot be stored as fat, while excess protein and carbohydrates can become fat. While your body needs certain levels of protein and fat, your body can function in a healthy manner without any carbohydrates. If you choose to eat carbohydrates, select fiber or nutrient dense foods like broccoli, kale, and asparagus.

In the end, there is no one size fits all solution for everyone. Each body is unique and its needs can even change daily. By understanding macros, you can focus on getting the proper nutrition that will allow your body to thrive, not just survive.

Should I take protein supplements post-workout? 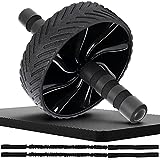 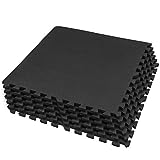 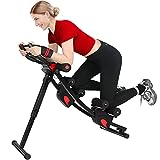